A Servant’s version of Thanksgiving at Edward’s Place

Today I had a wonderful tour,  a servant’s tour if you would of the Edwards Place historic home in Springfield, Illinois as they prepared for the family Thanksgiving.  Through the Irish maid Mary, we saw the arduous preparation it took to “put on the Ritz” for the family and as “Mary” said, keep up the family’s standing.

Mary and a young servant girl, that was her cousin, explained all the things they had to do to prepare for the Thanksgiving feast.  While living in the Edward’s home was much better circumstances that they had back in Ireland during the potato famine. their jobs were still comprised of difficult work.  The servant explained that while having room and board was wonderful, it kept them at the family’s beck and call 24/7.

Edward’s Place is lovely and has so much history.  The website explains the Lincoln connection.  I just picked up their wording rather than taking a chance of botching this important Honest Abe connection  “When Benjamin and Helen Dodge Edwards made their home a center of Springfield’s early social and political life, they attracted Abraham and Mary Lincoln as occasional visitors. They met Mary soon after arriving in Springfield in 1840, because both were temporary residents at Mary’s sister’s home. Helen quickly established what would become a lifelong friendship with Mary. The Edwards’s were among the small group of friends who were present at the Lincoln’s marriage ceremony in 1842.”

The house was quite impressive and contains a couch that Lincoln courted Mary Todd Lincoln on as well as a piano that is being restored. The piano is one that Abraham Lincoln listened to music on.  A recital will be available after the piano is restored and they plan to create a CD of the music he would have listened to.

The Edwards house was a place where history unfolded and now serves as the Springfield Art Association’s home in the connecting building.

The tour was so well done, it was eye opening that a celebration we take to be a chance to reflect upon and savor, through someone else’s eyes may not be so grand.  The servants said they only wished for the holiday to be over, the extra work and the fact that the Puritans that Thanksgiving celebrates had not treated the Irish so well offered insight into cultural differences that existed in the past and for some may still today. 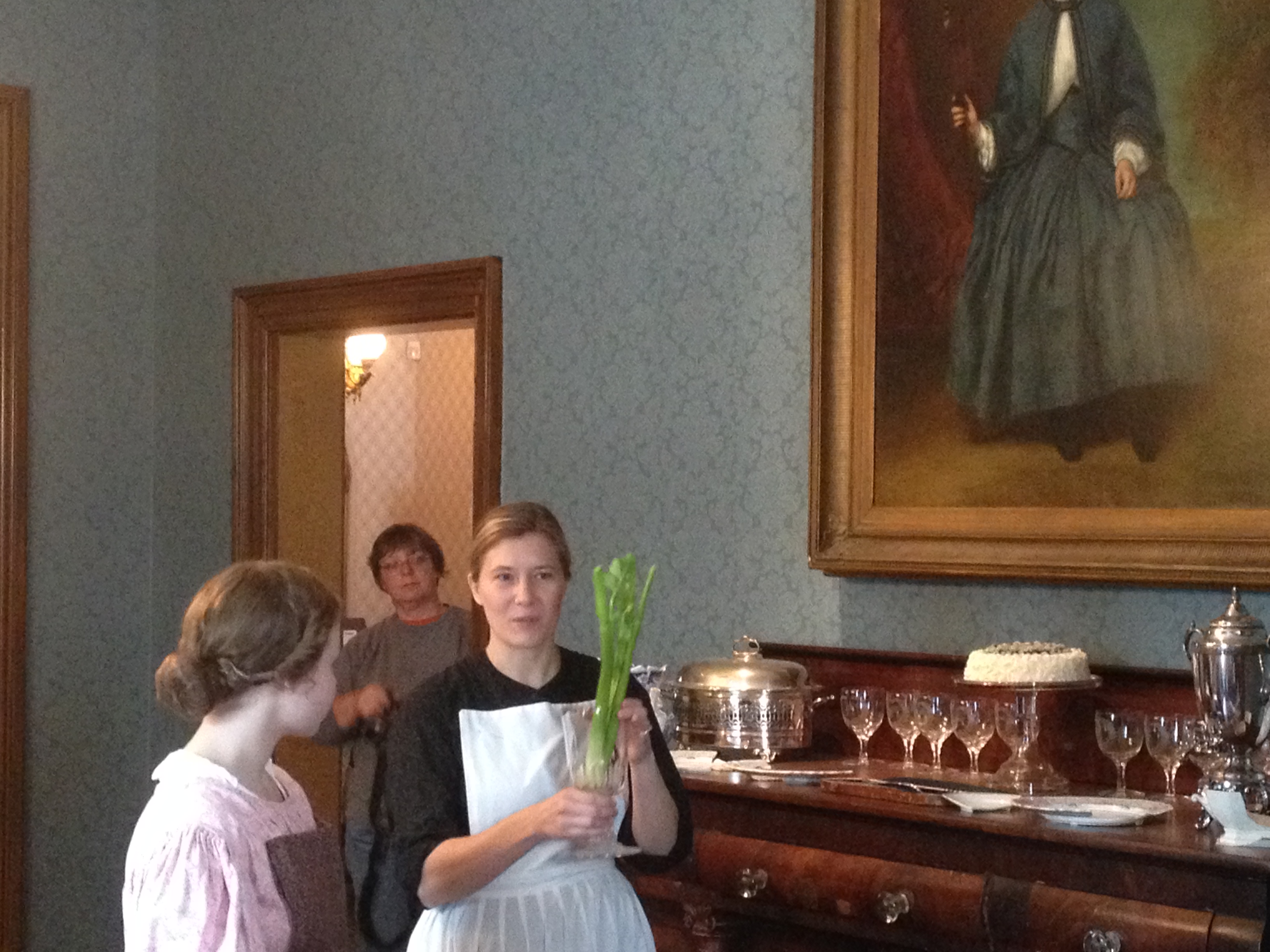 The Irish, the Elephant and Wabash County IN